Natural fragrances refer to natural fragrances that are derived from nature and maintain the original aroma characteristics of animals and plants. It is usually processed and extracted by physical and biochemical methods such as crushing, fermentation, distillation, pressing, cold grinding, extraction and adsorption. Natural fragrances are divided into animal fragrances and plant fragrances, which are widely distributed in the glandular sac of plants or animals. Animal perfume is the secretion of animals. There are few varieties of animal natural spices. Only musk, civet, beaver, ambergris, etc. can form commodities and are often used. Most natural fragrances belong to plant spices.

Synthetic fragrances simply means that after analyzing the data of chemical molecular formula or atomic structure of natural spices, humans extract and synthesize substances with similar chemical structure from other species in a very "cheap" way, or simply use chemical raw materials to simulate substances with similar chemical structure, which are transmitted to the brain in a "deceptive" mode through olfactory cells and make it mistakenly think it is some kind of aroma in nature.

Synthetic fragrances cannot produce the same effect as natural fragrances for many reasons. On the one hand, natural fragrances is a complex mixture, which often contains a variety of compounds, and the components of aroma are extremely complex. Some people even compare it to a chaotic system. With the current chemical and biological technology, it is difficult to completely and accurately analyze and grasp its aroma components. Even for jasmine and rose fragrance, until now, new ingredients are identified every year.

On the other hand, the efficacy of natural fragrances is not only related to the structure of aroma itself, but also closely related to the mechanism of human smell, involving a series of problems in the field of psychology and neuroscience, such as smell and psychology, psychological system and physiological system. Psychology and neuroscience, the latest category in natural science, are far from being able to analyze and answer these questions with "scientific data or standards" that we can understand.

78th Api China Will Be Held On May 16th To 18th, 2017 Wuhan Fortuna Chemical Co., Ltd. Was Rated Excellent Enterprise Presenting Hubei Province Of The World-Special Event Of The Ministry Of Foreign Affairs Biological manufacturing of food additives and feed additives 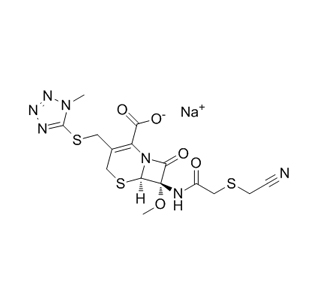